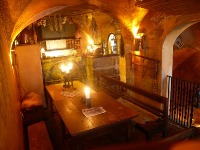 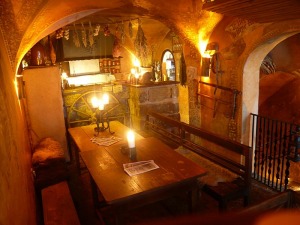 One of the oldest pubs in Prague set in the most attractive part of the "Royal Way", directly under Prague Castle. Many myths and legends are related to this pub. Rudolf’s alchemists, the executioner Mydlář, W.A. Mozart and Jaroslav Hašek all drank here, but it was also where rogues and fraudsters drank their fill.
Open daily since 1375 from 12 a.m. - 12 p.m.
Unique Medieval Programme
Contemporary design of the Prague underground labyrinth makes
an authentic experience
medieval feast with music, dancing and juggler show.
Every week from Tuesday to Saturday, 19:00 - 22:00


Myths and legends about our tavern.

From 1375, when it was opened, kings and smugglers and coming here. It is said that czech kings used secret passages to get drunk and forget their problems about Czech land. Magister Kelly and Arcimboldo, Jaroslav Hašek and Karel Čapek, Mozart and Ondřej Soukup were drinking here.

It is said that genius W.A. Mozart wanted to compose „Velkou Ranní“, during his last visit in Prague. From unknown reasons he ended with „Malá Noční“.

At the end of the 18th century the owner of our tavern was some "regimentstambor" called Krügler. Famous showman. He could whistle and use a wooden spoon like he was playing the drums. Or he was just telling stories to his guests.

At the front of the room he had a picture of czech king Václav IV., with a beer. When Jaroslav Hašek was listening to the stories, he said: "... it’s not possible for such a man to work under the king’s picture.“ And he grapped the picture and kicked it in half. Incident was followed by slaps, punches and blood. 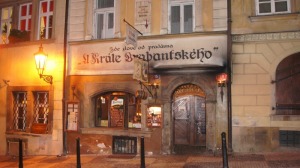 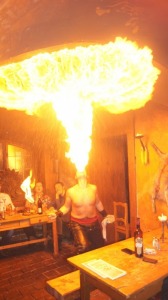 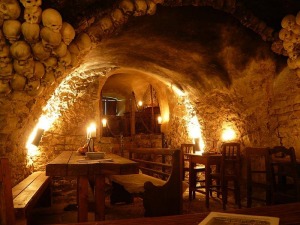 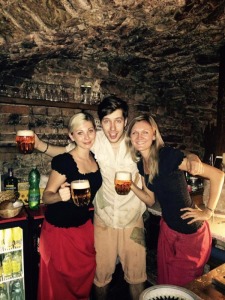 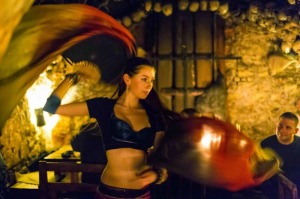 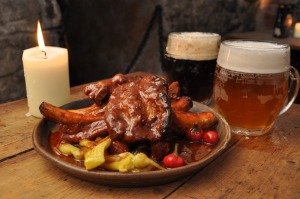