What it is exactly a Mystery House Room Escape?
It is an involving, funny and smart game, that can be described as a mix between an indoor treasure hunting game and a “brain teaser” game
A small group of persons – usually from 2 to 10 – enter in a “themed” room where a mystery is hidden: the group has only 60 minutes to understand all the enigmas that are inside the room – some of them of logics, some others more phisical - to solve the mystery and “get out of the room” (from which the english name of “room escape”)

Centrality
It is in Via Po 30, half way between Piazza Castello and Piazza Vittorio, the real downtown of Turin

Number and characteristics of the rooms
“The Pharao’s Secret”, “The Bomb and the Spy”, “Virus” and the mobile version of “The Bomb”.
The first two rooms contains strong references to two of the most important museums in Turin, the Egyptian and the Cinema Museums, both of them at a walking distance.

Room 1 The Pharao’s Secret
You are a group of investigators who will try to discover the Pharao's "secret" and, if it possible, to take it away before Karl, a German egyptologist, will come back from his daily visit at the Egyptian Museum…and you have only 60 minutes to achieve your objective.
Challenge level: medium

Room 2 – The Bomb and the Spy
One bomb, 60 minutes to disconnect it.
If you do something wrong, it explodes.
If you allow time to go, it explodes.
There is only one choice.
To find the right sequence to stop the timer and to leave the room.
Caterina, a spy who came from East, wished to change her life.
She wanted to be an actress but someone stopped her.
And a spy never forgives: she builds a bomb.
Challenge level: high

Room 3 – Virus
In the heart of the town dr. Smuk has established his own lab where, for years, he has been researching on the most lethal viral agents in the world.
But something has gone wrong: VIRUS, the most dangerous of the viral agents studied by dr. Smuk, is out of control and Smuk himself has been infected.
It is absolutely necessary to find the antidote but you can do it only entering inside the lab, at your lives risk.
You have only 60 minutes to avoid that VIRUS will attack the whole town.
Challenge level: medium-high 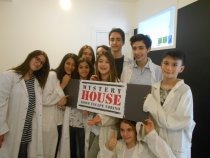 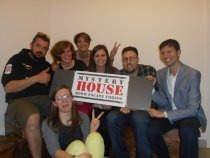 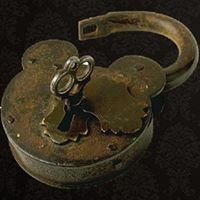 Nobody has reviewed MYSTERY HOUSE ROOM ESCAPE TORINO yet, Be the first.