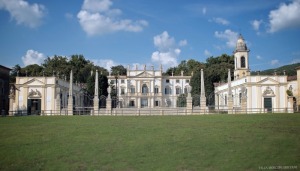 The construction of the villa began around 1735 under the Fattori family, on the same wing as an existing 16th-century wine cellar and on the original site of an ancient arusnate settlement which later became a settlement from the Roman period. It was then sold, unfinished, to Mosconi in 1769, who completed the estate by adding a beautiful eight hectare English-style Romantic garden. He also expanded the wine business, making it one of the largest wine cellars of its day in Northern Italy.
During the Mosconi period, the villa became an important intellectual and literary salon, frequented by cultural figures of the time, including the poet and man of letters, Ippolito Pindemonte.
By the first half of the 20th century, the villa had suffered years of neglect and vandalism. Parts of the garden and some of its rooms fell into complete disrepair. In 1957, it was bought and restored by the Bertani family to house the headquarters of their eponymous wine cellar.
Gaetano Bertani and his family purchased the winery in 2012, continuing the family tradition of wine making.
The Villa and its cellars have played a significant role in the history of Veronese winemaking.
Guided tours follow the history of the Villa, its architecture and wine production, taking guests through the elegant rooms and salons, the gardens and Romantic park, the historic cellars and the vineyards which produce grapes for Amarone and Valpolicella wines.
Wine tastings include a minimum of four wines from different Veronese valleys, all produced by the Bertani family. Each wine is presented with an explanation of the terroir, grape varietal, method of vinification and its particular sensory characteristics.
The guided tour lasts forty-five minutes. The full tasting tour is completed within an hour and a half. Our staff speaks Italian, English, German and Spanish. To accompany the wine tasting, guests may choose to add a selection of locally-produced cold-cuts and cheeses.

Front of the Villa 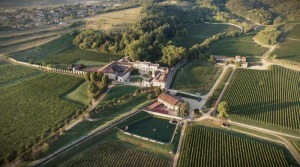 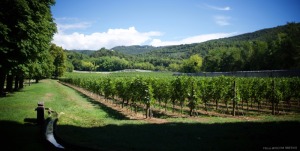 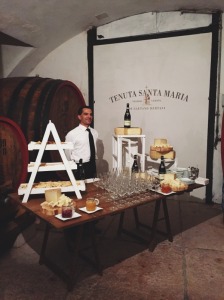 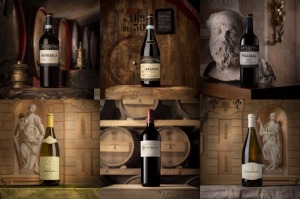 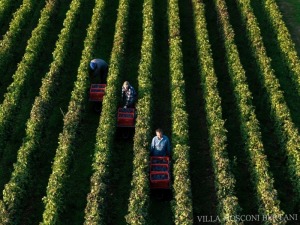 Nobody has reviewed Villa Mosconi Bertani - Tenuta Santa Maria di Gaetano Bertani yet, Be the first.