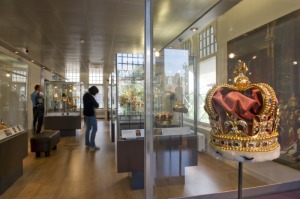 Diamant Museum Amsterdam
The first and only diamond museum of the Netherlands, in Amsterdam

Diamant Museum Amsterdam
In a villa specially renovated for this purpose on the Museumplein, the Diamant Museum Amsterdam was founded on 7th November. The exhibition rooms are located on the first and second floors of the building. On the ground floor the museum café and the museum shop are to be found. Using ten themes, the museum’s permanent exhibition Brilliant Beauties takes the visitor along on a journey through the history of the diamond. From diamond extraction, the diamond industry and diamond processing to the most famous diamonds in the world, and from the House of Oranje to Amsterdam as City of Diamonds. Regularly-changing expositions will be on view on the second floor. Simultaneous with the inauguration of the museum, the first of these expositions, Kroonjuwelen, opens. As symbols of royal power and worldly glory, crowns from all over the world and from many ages are displayed, in all their pomp and circumstance.

The Diamant Museum was established with the purpose of increasing the knowledge of the diamond and its history. It aims, over the course of time, at being the knowledge centre of diamonds for the broad public. Amsterdam is and remains an important tourist attraction, a city in which a growing number of visitors are interested in culture and history. The Diamant Museum targets this group in particular, but also wishes to involve the Dutch public in its rich diamond history.

Amsterdam – City of Diamonds
The city of Amsterdam and diamonds are inextricably linked with one another. The history of Amsterdam as City of Diamonds begins in 1586 and lives on to this day. And yet, the eventful history of the diamond is not equally well known to everyone. Using films, photos, jewellery, historical documents and, naturally, diamonds (real and not-quite real), the Diamant Museum Amsterdam reveals the stories behind the diamond.

The 19th century and the early 20th century in particular were Amsterdam’s glory days as the world’s knowledge centre for diamonds. With good reason world-famous stones like the Koh-I-Noor and the Cullinan were cut by Amsterdam diamond cutters.
More than 400 years of diamond history, in combination with tourism, has fashioned Amsterdam into the greatest diamond city in the world. The diamond factories of Amsterdam can boast a million visitors a year, an unrivalled figure where the trade in diamonds to the consumer is concerned.

Unusual Diamonds
Diamonds in all sorts and sizes are to be seen in the Diamant Museum Amsterdam. From the smallest diamond in the world – imperceptible to the naked eye and liable to disappear forever with a single breath of air – to the largest, the Golden Jubilee (545 carats). A special component of the exhibition is the Diamond Experience, in which the visitor enters the heart of the diamond and encounters many ‘celebrities’. There are diamonds with unusual, often mysterious stories: from a lucky diamond to the evil eye. The diamonds which the museum displays are replicas especially made for the museum from various minerals, hardly distinguishable from the original. For an extensive assortment of real diamonds and jewellery, the diamond-lover can visit the museum shop. 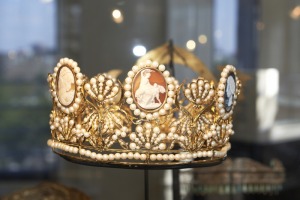 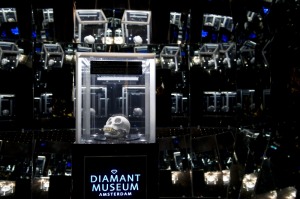 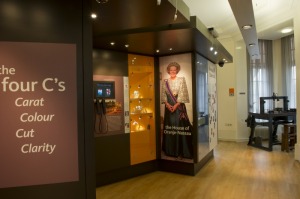 Nobody has reviewed Diamond Museum Amsterdam yet, Be the first.