The State Museum of Political History of Russia

The Museum of Political History of Russia is situated in the historical centre of Saint-Petersburg and give an account of violent and tragic events of the past, of revolutions and wars which changed the destiny of Russia. The Museum's buildings, Kshesinskaya and Brandt’s mansions, belong to the most remarkable achievements of St. Petersburg architecture in the period of Art Nouveau. The central exposition “Man and Power in Russia in the 19th – 21st Centuries” deals with relations of a man and a government at crucial points of Russian history. Characters of the "The Soviet Epoch - between Utopia and Reality" exposition are the Communist Party leaders and common people, NKVD and KGB officers and GULAG prisoners, dissidents and representatives of Soviet underground. Visitors also can see reconstructed Vladimir Lenin’s working room with a historical balcony where Lenin made speeches in 1917.

In 1955 the Museum got two buildings: Kshesinskaya and Brandt’s mansions. In 1955-1957 these two buildings were joined (architect N. Nadezhin), and now they make up a complex where the Museum had been situated.

The mansion belonging to a timber merchant Vasily Emanuilovich Brandt was constructed in 1909-1910 after the design of Roman Fyodorovich Meltser, an outstanding Petersburg artist and architect of the late 19th-early 20th centuries. It represents a sort of interaction between different architectural styles of the beginning of the 20th century – Neoclassicism, Art Nouveau, and Symbolism (this style is represented by relief images which decorate the building). The front entrance, main marble staircase, and an extremely beautiful oak staircase with stained-glass windows have been preserved in Brandt’s mansions. The walls are decorated with bas-reliefs on Antique subjects. On the first floor there is a conference-hall where the Museum administration gives an opportunity to arrange temporary exhibitions and carry our seminars, round-table discussions, etc.
The owner of the mansion, Vasily Brandt, was a manager of the trade company “Brandt E.G & Co.”, hereditary freeman of St. Petersburg, member of the Board of Petersburg Discount and Loan Bank. He specialized in timber trade, was member of the Board of Partnership of Belomorsky timber manufactory and the director of the Partnership of Kemsky saw-mills. In 1917, immediately after the revolution, Vasily Brandt left Russia, and a children’s boarding school was situated in his mansion. In 1918 some rooms were occupied by Michael Kalinin, Commissar of city economy of Petrograd Labor Commune. Later the city Committee of the LYCLSU (Lenin’s Young Communist League of the Soviet Union) was situated here. Since 1957 Brandt’s mansion has been part of the Museum complex.

The second mansion, former property of Prima-ballerina of the Mariinsky Theater Mathilda Felixovna Kshesinskaya, was built in 1904-1906 by architect Alexander Ivanovich von Gogen. This building is attractive due to its asymmetrical composition, strict elegancy, graphical definition, diversity of shapes, and a variety of decorative materials. It can be even called a model of Art Nouveau style.

Mathilda Kshesinsksya is believed to be one of the brightest representatives of Russian Academic Ballet School. Her performances were distinguished by bravura, cheerfulness, and at the same time by virtuoso technique and classical perfection. When she was the owner of the mansion, a lot of outstanding people connected with the world of music and dance visited her. Among her guests there were Fyodor Shalyapin, Anna Pavlova, Sergey Dyagilev, etc. Also Grand Dukes Kirill Vladimirovich, Konstantin Konstantinovich and Andrey Vladimirovich visited Kshesinskaya’s house. M. Kshesinskaya was rather close to the Imperial family, and this fact made her leave the mansion during the February Revolution of 1917. In 1920 she left Russia for ever. The building was occupied by soldiers of Petrograd armored battalion, and later several revolutionary organizations were situated here. The mansion became one of the centers of political life in revolutionary Petrograd. Some prominent figures of the Bolshevist Party worked here: The Party leader Vladimir Lenin, members of the Central Committee Josef Stalin, Grigory Zinovjev, and others. In the course of July crisis of 1917, Bolshevistic organizations had to leave the mansion, and the Provisional government’s troops occupied it.

After October 1917 different state institutions were located in this building. In 1937 it was given to Sergey Kirov’s Museum. In December 1954 the Executive Committee of Leningrad Soviet made a decision to place the State Museum of the Great October Socialist Revolution in the mansion. Later, in 1991, the museum was renamed and since that time it has been called the State Museum of Political History of Russia. 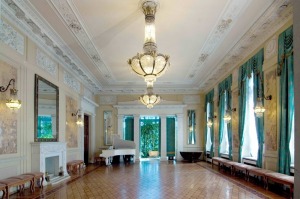 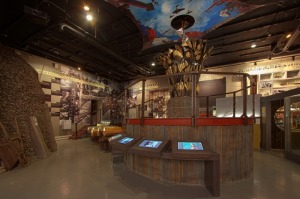 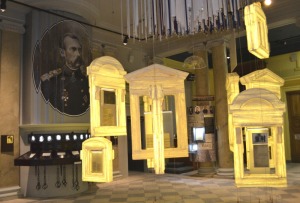 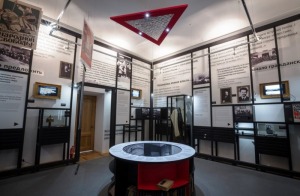 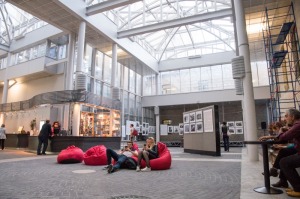 Nobody has reviewed The State Museum of Political History of Russia yet, Be the first.