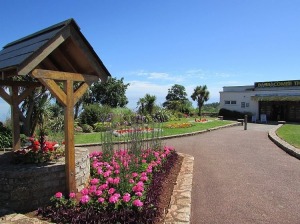 A valuable asset to the English Riviera for nearly eighty years, the Babbacombe Theatre in Torquay, is renowned for wowing audiences with their highly acclaimed variety shows, performed throughout the year by a professional cast.

In a time where celebrity culture seems to be what inspires people nowadays, social media is the place to have your say and sharing ‘selfies’ is the norm, who would have thought that traditional variety theatre could still be generating 5 star reviews with comments such as, “ If you only see one show this year- make sure it this one”. Currently ranked as the Number 1 theatre in Devon on TripAdvisor and A TripAdvisor’s Certificate of Excellence Award winner for five consecutive years the theatre is regularly listed among the top 5 things to do in Torquay. It is also the only theatre in the Bay to have produced consecutive ‘5 STAR’ productions during 2015/16. This venue is open from February to January.

The ENTERTAINMENT factor is paramount to the successes of the productions as is the artistic and creative flair of the show’s producer and director, Colin Matthews. 2016 will mark Colin’s 30th year at the Babbacombe Theatre, and he remains as enthused now as he did when he first opened in 1986 to keep variety alive, albeit nowadays it is as much about receiving regular ‘online’ reviews, ‘check ins’, ‘hits’ and ‘tweets’ reaching out across cyberspace as it is about the show itself.

In this digital age, ‘Starstuck’, has a cast that promises side - splitting comedy, powerful vocalists delivering dynamic songs and elegant dancers who are endlessly energetic performing to entertain you, up close and personally. The cast of Starstuck including Kidz & Co., invite you to, ‘Be Our Guest’ this season, every Tuesday and Wednesday at 8.15pm until 19th October inclusive? Running from April - September, every Thursday, 'Music of the Night' promises a fun evening which will take you on an inspirational musical journey, encapsulating all genres on the musical spectrum. Enjoy pop classics; amazing operatic arias interspersed with some of the most favoured and popular songs from the musicals, performed by a cast of nine vocalists & musicians, that will leave you a little starstruck.
From 26th October, the ' The Magic of Christmas' will run weekly, with matinee and evening performances until 1st January. Music, Magic and Mirth in all its guises is what ‘The Magic of Christmas’ promises. Slight of hand, comedic classics, hits of yesteryear and today are interspersed cleverly to deliver a show that has pace where the cast inviteyou to come along to join in with the fun and frolics as the yuletide season is celebrated with Christmas classics, Disney favourites, a bit of Scottish skulduggery, pop picks old and new but most of all to enjoy some good old Christmas cheer.

Check the venues website for details on all the other shows programmed for 2016/17 or contact the Box Office The theatre has – • Access for wheelchair users with an accessible toilet, • Wheelchair spaces • Loop System

Welcome to the Babbacombe Theatre 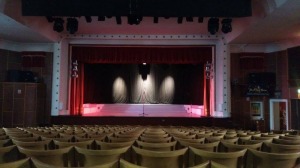 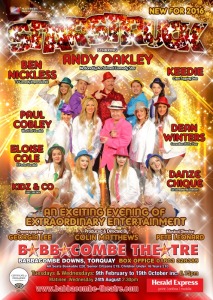 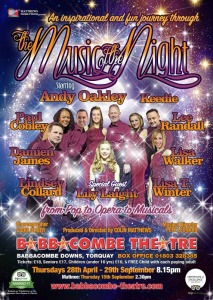 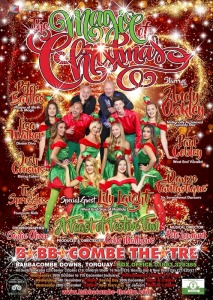 Nobody has reviewed Babbacombe Theatre yet, Be the first.