Established in 1932 following a move from the club’s original site in nearby Cannington, this fabulous championship golf course was redesigned to 18 holes by Fred Hawtree in 1972. It is a hidden gem of the South West set within the lower slopes of the glorious Quantock Hills.

Enmore is a parkland course near Bridgwater in Somerset which, from its highest points, offers extensive views over nearby hills and across the Bristol Channel to Wales.

Two loops of nine start and finish at the clubhouse. At par 71 on 6,434 yards for men and 5,683 yards par 73 for ladies, the course offers a challenging test to all standards of golfer and is immensely entertaining. To add charm to the beautiful panorama, a delightful brook with three accompanying ponds is in play on five of the holes and, as a group, Enmore provides four of the most testing par 3s.

The long par 4 uphill 10th, which is well over 400 yards in length and requires the most accurate of drives to avoid finding the trees, is one of the most daunting holes in the West Country.

• In 2011 it co-hosted its first R&A event, the prestigious British Boys Open Championship.

• England Golf Women South West selected Enmore as the venue for their Foursomes Championships in 2012.

• In 2013 the Southern Regional Qualifiers of the Brabazon Trophy, the English Men’s Amateur Championship, were held here.

• In 2015 it hosted the Southern Qualifier for the England Golf Captains Championship.

• In addition there have been several requests from the Somerset Golf Union and Somerset Ladies Golf Association to host county competitions and championships. 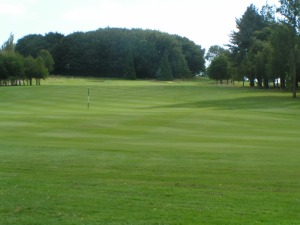 Nobody has reviewed Enmore Park Golf Club yet, Be the first.