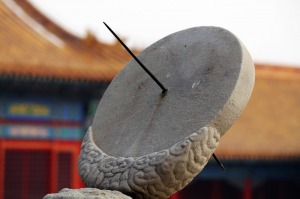 This tour combines two important must-sees in the city as well as a visit to the famous Great Wall of China. The Tian'anmen Square and Forbidden City are at the center of Beijing. Being the largest city-center square in the world, the Tian'anmen Square mainly consists of two parts: the Tian'anmen Gate and the Square itself which includes some iconic buildings on and around it. The Forbidden City was the place where the 14 Ming Emperors and 10 Qing Emperors of China resided for almost 500 years. Having been off-limits to the commoners for centuries, it was officially opened to the public in 1925 as a public museum. This tour will also take you to the section of the Great Wall at Mutianyu, the most beautiful and less crowded section of the Great Wall in Beijing. It is located in Huairou District, about 52 miles northeast from downtown Beijing.

Sundail inside the Forbidden City

Nobody has reviewed Private Day Tour: Tian'anmen Square, Forbidden City and Mutianyu Great Wall yet, Be the first.