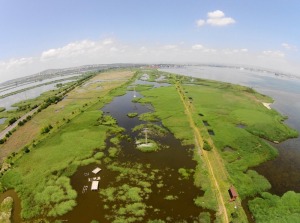 Nature Conservation Centre PODA (42.442767 N and 27.469618 E) is situated at the southern end of the city of Burgas and to the north of its housing estate Kraymorie (one can find detailed information how to get there on the Centre's website). The Conservation Centre belongs to the Bulgarian Society for the Protection of Birds / BirdLife Bulgaria (BSPB). BSPB is the leading wildlife conservation NGO in Bulgaria. PODA Centre is situated within the BSPB managed Poda Reserve - one of the best birding sites in Europe. On the single square kilometer, which is the territory of the Reserve, 281 birds species are recorded. All year round can be seen Dalmatian Pelicans, White-tailed See Eagle, Pygmy Cormorant, Marsh Harrier, many species of waterfowl, waders, Cetti's Warbler and other passerine birds. During winter White-headed Duck, Red-breasted Goose, Great Bittern, and other specialities are possible. During the spring migration (March-May) over the site White Pelican and White Stork pass in great numbers, together with many birds of prey, Whiskered, White-winged and Black Terns, Hoopoe, Golden Oriole, Bee-eaters and other. In summer time PODA is famous with its breeding colony of Eurasian Spoonbill, Glossy Ibis, Pygmy Cormorant and 6 species of herons and egrets, including Purple Heron and Squacco Heron. Little Bittern can be seen, too. The bird fauna is very interesting during the autumn migration (August-October). Over 20,000 White Storks can pass over the site in just a single gay. Tens of thousands of White Pelicans, Honey Buzzards, Lesser Spotted Eagles, Red-footed Falcons and others are flying along the second biggest in Europe migratory flyway Via Pontica, on which PODA is situated. Among them are birds like Eastern Imperial Eagle, Steppe Eagle, Greater Spotted Eagle, Pallid Harrier, Saker Falcon. PODA is rich in other wildlife, especially in dragonflies, butterflies, but here some rare animals as Otter, Western Caspian Turtle and Blotched Snake can be seen.

Most of the interesting species can be seen just from the wide terrace of the Centre. Binoculars are provided to the visitors, as well as spotting telescopes to observe the birds. The guides of PODA Centre can explain of which species are the observed birds, how to identify them, they can provide interesting information about each species (including in English), There is a visitors trail into the Reserve, where interested people can walk and observe and photograph wildlife. Several hides are on their disposal also for observing and photographing birds. 3D poncho and portable hides can be hired from the PODA Centre by bird photographers.

PODA Centre is open all year round, every day from 9:00 till 17:00 in October-March and till 19:00 in April-September. It has a small shop for souvenirs, books, coffee, soft drinks and beer. The Centre provides wildlife information, education (it has long practice with internship students from many universities in Europe) and tourist services.

Under request in advance PODA Centre can organise guided birding, wildlife or photo tours to the other wetlands around Burgas or anywhere in Bulgaria. BSPB has over 25 years' experience in organising such activities in the country through its specialised and licensed tour company. 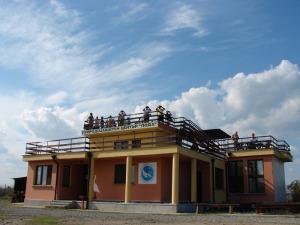 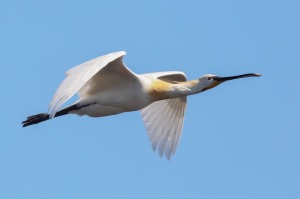 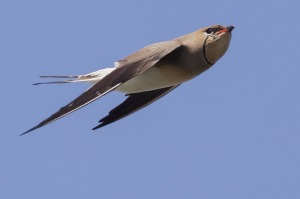 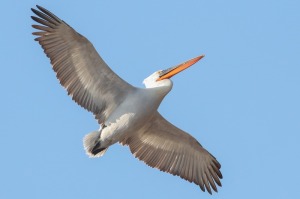 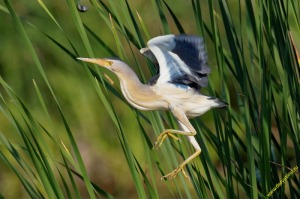 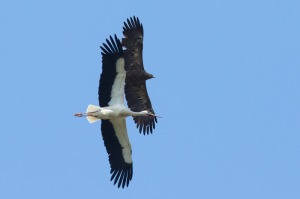 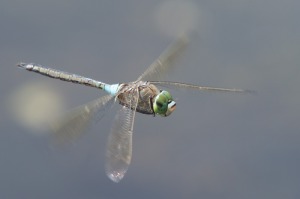 Lot of other wildlife can be seen at PODA, Photo Vladimir Deryabin 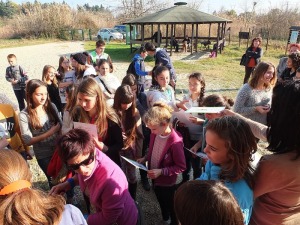 Birding is productive even from the terrace, Photo BSPB 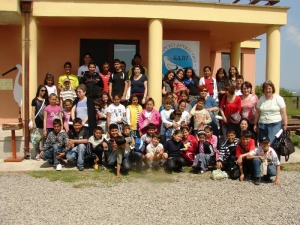 Nobody has reviewed Nature Conservation Centre PODA yet, Be the first.