From $8 USD
Per Adult 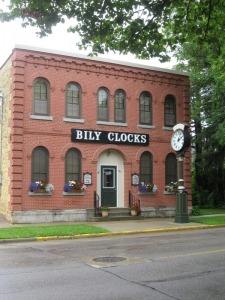 The Bily Clocks Museum is a collection of hand carved clocks. The clocks were carved by two bachelor brothers. They were farmers but while the snow was flying in the winter they spent their idle hours designing and carving their masterpieces. However, their clocks were more than just clocks, many play music or have figurines moving on the clock. Some stand over nine feet tall. One has to come and see which clock Henry Ford came to visit and offered to buy one of the clocks. You will find how much he offered during the tour!

Also the building is famous for being the home of the famous Czech music composer, Antonin Dvorak. He spent the summer of 1893 in Spillville. He and his family lived in the upstairs rooms during that summer. He walked the streets in town, played the organ every day for Mass in the St. Wenceslaus Church and spent his leisure time with walks along the Turkey River. A memorial to him is located in the park along the river.

On the grounds is an old cabin school house which was built in 1854. It was originally located outside of Spillville but brought into town in 1993 to preserve it. It was restored and sits to show visitors what it was like to live and go to school in the mid 1800's.

Another item on the grounds is the display of the Andera Crosses. These are cast iron crosses which were used as grave markers for the first settlers in the area. Charles Andera, an immigrant from Bohemia settled in Spillville in 1875. He made a mold out of wood and sent the mold to a foundry to have it cast. The crosses were sent all over the U.S. They have been found in 12 different states. Our church in town, St. Wenceslaus Catholic Church has the largest collection. Visitors are encouraged to go to the church cemetery to view additional crosses. 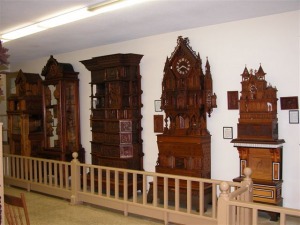 Portion of the clocks 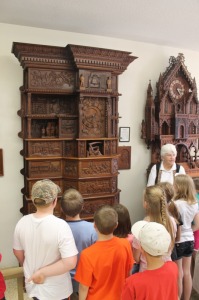 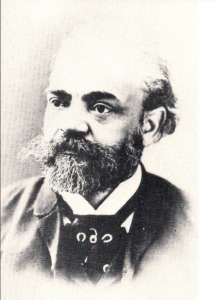 Nobody has reviewed Bily Clocks Museum and Antonin Dvorak Exhibit yet, Be the first.