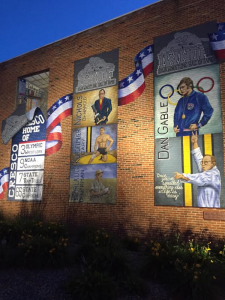 Genuine and amazing Iowans along with their athletic success in wrestling have a strong foothold in Cresco, Northeast Iowa, and the State of Iowa. Wrestling has always been in Iowa's bloodlines and the Iowa Wrestling Hall of Fame tells this story second to none. Established in April 1970, the Hall of Fame honors native-born Iowans who have contributed to amateur wrestling as either a wrestler, coach, or official.
Open to the public, the IWHOF holds their awards banquet on the second Monday in April. Visit with past recipients and the new inductees as well as tour the Hall of Fame. Learn more about Dan Gable, Gary Kurdelmeier and Harold Nichols; two Cresco natives coaching the universities of Iowa and Iowa State at the same time, and learn more about Dr. Norman Borlaug's contributions to the world and to wrestling.
A must-see is the 40 foot mural located next to the Hall of Fame and features wrestling's notables such as Dan Gable, recognized as the greatest U.S. amateur wrestler and 1972 Gold Medalist at the Summer Olympics. Attending the dedication, Gable signed the mural!

Take a selfie in front of the IWHOF mural! 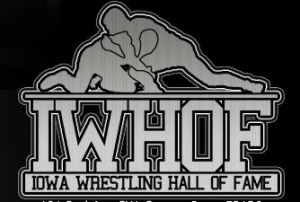 Visit us in person or online! 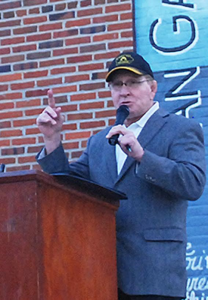 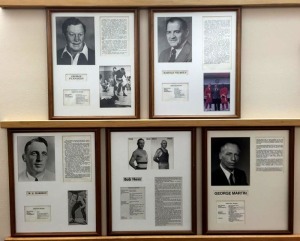 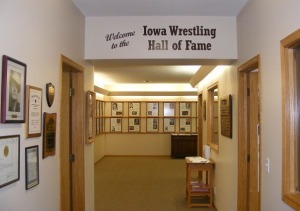 Visit us at the Iowa Wrestling Hall of Fame!

Nobody has reviewed Iowa Wrestling Hall of Fame yet, Be the first.