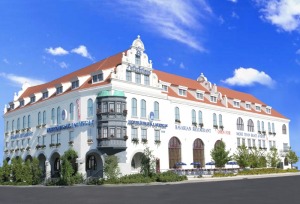 The Hofbrauhaus Las Vegas is the first German/Bavarian beer hall and restaurant in Las Vegas which creates a true Bavarian beer hall experience that is even more than a dining adventure. No ordinary restaurant, Hofbrauhaus Las Vegas is an energetic party daily, with authentic German bands, boisterous sing-alongs, dancing in the aisles and on the benches, and premium Hofbrau beer. From its hand-painted ceilings and live bands to its imported beer and delicious food, Bavarian hospitality abounds. Guests can savor schnitzels, sausages, sauerbraten, pretzels and so much more.

The world's only true replica of the Munich original followed the original plans of its parent with little variation beyond the use of only one of the three levels used and an enclosed Biergarten. Replication required a two-year negotiation for licensing alone.

THE BEER
The Hofbrau beer is brewed using the original recipes handed down over 400 years ago by Wilhelm V, the Duke of Bavaria. Because there are no substitutes for the water quality and premium ingredients at the base of Hofbrau beer flavor, the beer is imported direct from the brewery in Munich. Completely state-owned, the brewery was originally only for the king and his staff until its beer was made available to the general public in the 1700s. Hofbrauhaus Las Vegas features three brews regularly on tap: Hofbrau Original Lager, Hofbrau Dunkel and Hofbrau Hefeweizen. Throughout the year, Hofbrauhaus Las Vegas features the following beers: Hofbrau – Oktoberfest, Premium Unfiltered Lager, Maibock and a Summer Brew. The kegs reside at the perfect temperature in the beer cellar, which easily holds enough beer for 10,000 34-ounce steins, as well as housing the restaurant’s chilled wine and liquor for signature shots.

THE FOOD
It doesn’t get any more authentic than the dishes at Hofbrauhaus Las Vegas without traveling directly to Bavaria. Imitation and shortcuts are unacceptable; therefore, 80% of the food is produced on-site with genuine ingredients; no mixes or processed blends are used. Like the beer, whatever is not available in the authentic state is imported. The sauerkraut, for instance, is brought from Germany, yielding a smooth, creamy pickled cabbage that is not sour or overpowering as Americans are accustomed to. Wonder why the pretzels are unlike any ever tasted? Hofbrauhaus Las Vegas brings them in from the bakery overseas, then bakes them fresh for each table — chewy and perfectly browned on the outside, light and fluffy on the inside. The pretzels are shipped from Germany under stringently monitored conditions, 30,000 to a container, with individual generators running constantly to keep them frozen. As they spend eight weeks on a ship, the temperature is constantly scrutinized, with no fluctuations beyond ten degrees allowed. Every three to four months, a new container of pretzels arrives, ready for pairing with rich, creamy obatzder cheese and the American-established accompaniments of two German mustards—sweet and coarse-grained as well as a piquant onion version. 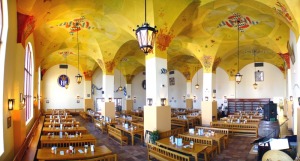 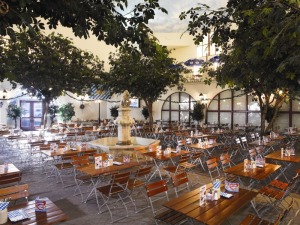 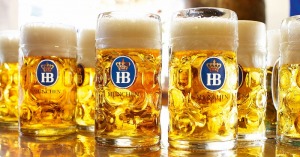 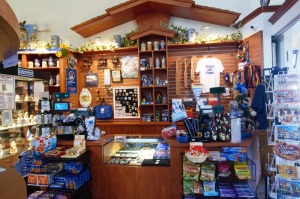 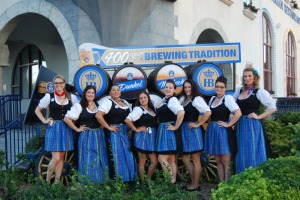 Nobody has reviewed Hofbrauhaus Las Vegas yet, Be the first.