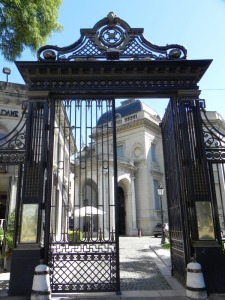 Under Law 12351 the Argentine State bought the residence and the art collections which gave birth to the Museo Nacional de ArteDecorativo on the 18th of December 1937.
The project of the building, a sample of pure eclecticism, was designed by the French architect René Sergent in 1911 but it was finished in 1917 due to the difficulties caused by the First World War.
THE FAMILIES

The Errázuriz and the Alvear, both families of Spanish origin, arrived in America during the XVIII century. The Errázuriz settled in Chile. Among them were Presidents, Politicians, Tradesmen and University Professors. All of them highly influential within the Chilean society.

The Alvear, established in Argentina, had outstanding activity in the social and political circles from the last decades of the eighteenth century. Josefina de Alvear and Matías Errázuriz Ortúzar,( member of the diplomacy), married in April 1897 in the Cathedral of Buenos Aires.

From 1906 to 1917, Josefina, Matías and their two children, Matías (Mato) and Josefina (Pepina) ( both born in Monserrat, a traditional neighborhood of Buenos Aires ) lived in France due to the Diplomatic activity of Errázuriz in Europe. During that period the couple, both interested in art and antiques , acquired an important and valuable collection of works of art both European and Oriental. During that period the family residence was projected and built in Buenos Aires : the future museum.

Back in Buenos Aires, the house of the Errázuriz-Alvear is inaugurated with a great ball and becomes the center of a very intense social life. In 1935, when Josefina dies, don Matías and his children, offered the house and its collection in sale to the Argentine State on one condition : that it should be converted into a museum. 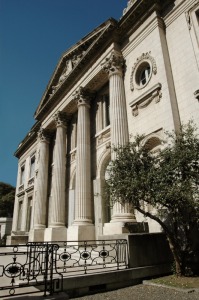 Nobody has reviewed National Museum of Decorative Arts yet, Be the first.