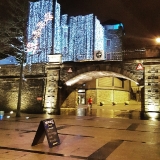 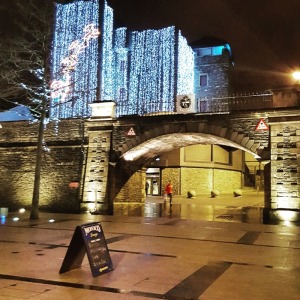 Derry Guided Tours offer political and historical tours of Derry City. Suitable for groups and individuals these tours range from Derry's early history from St Colmcille, Nine Years War, Plantation of Ulster, 1641 Rebellion through to the Siege of Derry and beyond.

The modern history of Derry is explored in the Bloody Sunday and Bogside murals tour. Subjects range from the partition of Ireland and the creation of the 6 county state, widespread religious discrimination against Irish Catholics, Civil Rights period, Battle of the Bogside 1969, Bloody Sunday massacre January 1972 and covers both inquiries in to Bloody Sunday and the conflict that occurred here afterwards.

These tours are ideal for school and university groups studying Irish history as well as peace and reconciliation studies.
Derry guided tours is operated by Gleann Doherty who's father was one of those murdered on Bloody Sunday.

Derry Guided Tours offers unique and factual political and historical tours of the City of Derry and Donegal. All tour guides are fully trained and have been directly affected by the conflict and Bloody Sunday.

Gleann Doherty is a Derry and Donegal tour guide and a native of Derry, born in the Brandywell area in 1971, and brought up in Derry all through the conflict. Gleann lost his father on the day of Bloody Sunday at the age of 7 months and has been involved in the Bloody Sunday Justice Campaign and also attended the Saville Inquiry in Derry and London.

Gleann is a B.A Honours Degree graduate Irish History and Politics from the Magee campus University of Ulster 2013, which ensures that tours, can be tailored to cover any aspect of Irish history. These tours are compatible with both education systems on the island of Ireland, university groups studying Irish history and or the political conflict as well as peace and reconciliation studies.

Derry Guided Tours offers specialist tours with content ranging from the creation of the six county state, Northern Ireland Civil Rights Association, Battle of the Bogside, Bloody Sunday, with a personal aspect from Gleann, the political conflict, both inquiries in to Bloody Sunday and the peace process.

Derry Guided Tours provides a range of tours in Derry to cover all tastes. These would include: Derry walking tours, Derry coach tours, political Derry tours, murals tours Derry. Custom tours of Derry and Donegal can be arranged on request and activities can be arranged prior to arrival. 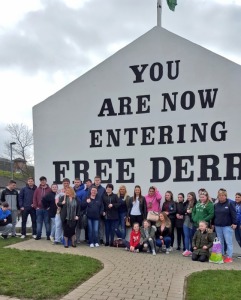 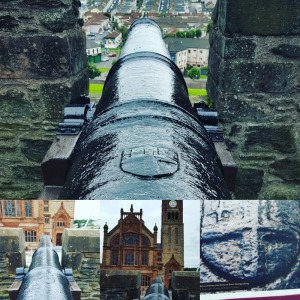 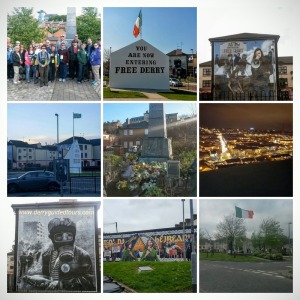 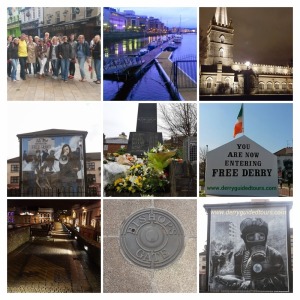 Nobody has reviewed Derry Guided Tours yet, Be the first.