The War Museum in Siem Reap is the only War Museum in Cambodia. It offers visitors a unique and insightful view of the perils that Cambodia faced during the last 3 decades of the 20th century. It gives also visitors an excellent opportunity to learn more about what actually occured during Cambodia’s ‘war years’.

– It has a unique collection, you will also be able to see war machines like the tank T-54, the jet fighter aircraft MiG-19, the helicopter Mil Mi-8 and the field artillery gun 85-mm divisional gun D-44. Before used in Cambodia, some of these war machines have even seen action during World War II. Among the collection there are also many sorts of landmines and rare photographs from the defined period of time in Cambodia.

– You can take a free guide to lead you around. Each of the guides has his own unique background: war veterans, eye witnesses of the war and landmine victims. Therefore, not only they could tell you about the last 3 decades of the 20th century history of Cambodia and about the collection of the museum, but also about their personnal experiences during the defined period of time.

– You can hold small arms, from a M16 or a AK-47 (Kalashnikov) till a machine gun like the Browning Automatic Rifle (BAR). You can even hold a rocket launcher! Before used in Cambodia, some of these guns have even seen action during World War II.

Look around, but better yet, visit our museum! 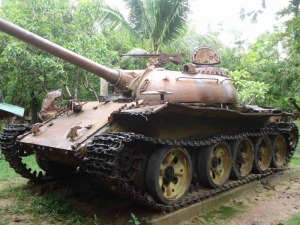 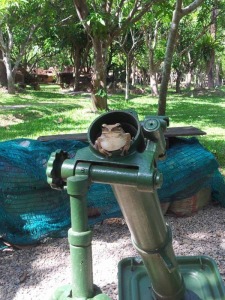 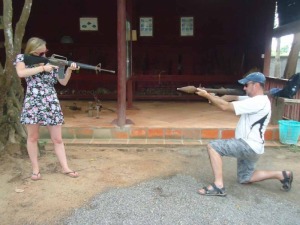 Nobody has reviewed War Museum Cambodia yet, Be the first.