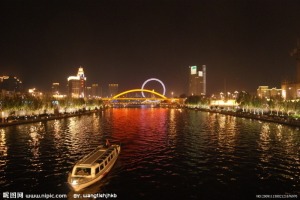 This private day tour from Beijing to Tianjin by high-speed bullet train would cover all the major attractions in Tianjin. You will see JingYuan Garden, the place where the last Emperor Pu yi stayed after he was kicked out the Forbidden City. Wudadao, there are over 2,000 garden-style villas built in 1920s and 30s by different countries. Tianjin Opera Museum, popular known as the Guangdong Guildhall, which was built in 1907. Ancient Culture Street, opened on New Year’s Day in 1986 and with the folk architectural style of the Qing dynasty. Nanshi Food Street, a shopping mall like building full of various iconic foods in Tianjin. Dinner will be the Goubuli Steamed Stuffed Buns, the most famous Tianjin food which dates back more than 150 years. The highlight of the tour is the 50 minutes Haihe River Cruise in the evening, where you could see both the remains of old Tianjin and the skylines of new Tianjin.

Nobody has reviewed Private Day Trip To Tianjin by High-Speed Bullet Train From Beijing With Dinner and Haihe River Cruise Inclusive yet, Be the first.