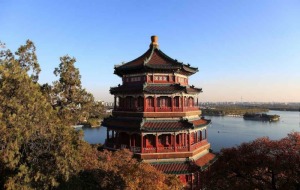 This tour is suitable for those who want to see the Great Wall of China, as well as the largest imperial garden existing in China, the Summer Palace. The tour will start from the Great Wall at Mutianyu, the most beautiful section of the Great Wall and less crowded. The Summer Palace is located in the northwest of Beijing which takes about 1.5 hours from Mutianyu. It was first built at the beginning of the 12th century. In 1153, when the Jin Dynasty chose Beijing as its Central Capital (called Yanjing then), they started to build a temporary palace on the present site of the Summer Palace. It encountered several disasters and the present park was rebuilt in 1903 and opened to the public in 1928 as the private garden of the Last Emperor Puyi. Inside the Summer Palace, we will also take a small boat to the Suzhou Street, the place where the Qing Emperor enjoyed shopping.

Summer Palace
After lunch, drive for 1.5 hours to see the Summer Palace, the largest and best preserved imperial garden in China now. Inside the Summer Palace, we will also take a boat to see the Suzhou Street, where the eunuch and concubine used to disguise as sellers for the emperor to enjoy shopping by using a special kind of coin. On the way back the hotel, drive by the Olympic Stadiums to take pictures of the Bird’s Nest and Water Cube.

Note
• Please email us the number of travelers, names of the tour and lead traveler, detailed name and address of hotel upon booking.
• This is a private day tour, no shopping stop is included.
• Your guide will hold a sign of Wikibeijing in the lobby, and please pay the tour fee to him directly at the end of the tour. 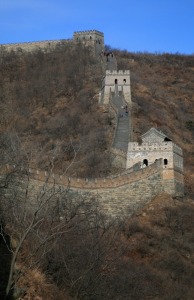 Nobody has reviewed to be revisied yet, Be the first.