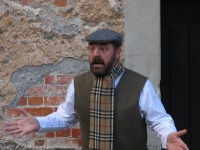 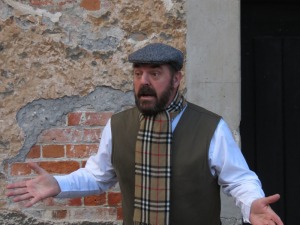 Settlement Secrets is an entertaining theatrical guided tour through the oldest buildings that still stand from first European settlement in Tasmania, Australia. 1804. Meet a convict who has got his ticket of leave, the man who built the first Custom House, the ghost of an escaped convict turned bushranger, and the private secretary to the Left Governor Sir John Eardley Wilmott. One actor, changing character before your very eyes, becomes four different men who themselves are etched into the history of Tasmania. The Tasmanian Museum and Art Gallery, TMAG, is housed partly in these buildings and Settlement Secrets is the best way to learn the history of first European settlement in Tasmania.
Visit the oldest buildings still standing in Tasmania and dating back to 1808, be entertained by this amazing actor, have a cuppa on us in the courtyard cafe afterwards and then wander the collection of the Tasmanian Museum and Art Gallery. Settlement Secrets runs for a little over an hour. 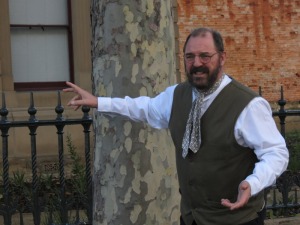 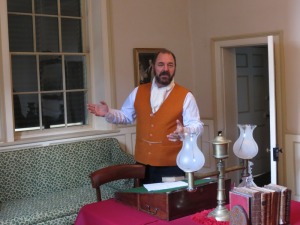 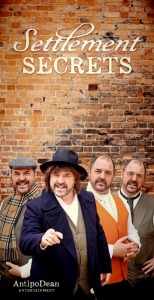 The cast of Settlement Secrets

Nobody has reviewed Settlement Secrets yet, Be the first.