From €8 EUR
Per Adult 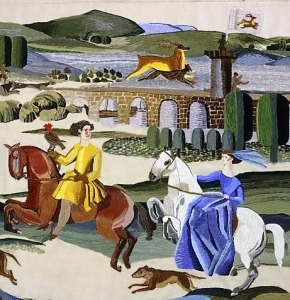 The Ros Tapestry is a unique project that has been ongoing in the South East of Ireland since 1998 and has involved over 150 stitchers working on 15 giant tapestries for a permanent exhibition in New Ross Ros Tapestry is one of the largest series of embroidered tapestries in Europe. Each tapestry depicts a different significant event in the history of the town and surrounding areas.. It is an excellent example of creativity and community spirit on a grand scale and depicts our Norman History, linking all the Norman sites in Ireland's Ancient East. New Ross is central to at least four counties which were heavily influenced by the Normans, Wexford, Waterford, Kilkenny and Carlow and their tales are richly told in thread here at Ros Tapestry.
The exhibition is the brainchild of Rev. Paul Mooney who inspired by the famous Bayeaux Tapestry in France, conceived the idea of creating a series of tapestries to display in his church, to commemorate the Norman History of the area.
The series of 15 large embroidered panels are inspired by the original paintings of Ann Griffin Bernstoff, who researched the history, costumes and way of life of Ireland in the 13th century. Following her research she depicted her findings in story form on canvas panels which were used as templates for the embroideries. The stitching of these panels was done by 150 volunteers. Groups of stitchers set up around the country, as much as possible each panel was completed as near to where the history took place as possible.

The first tapestry was completed in 2002 and to date all but one of the 15 tapestries are complete. In 2009 the Ros Tapestry Exhibition was opened at the Quay in New Ross. The public now have the opportunity to see this amazing exhibition which is a fantastic craft legacy for the country.

Our project is a unique and exquisite work of art and deserves to get huge exposure, and be available for everyone to enjoy.Open 7days a week all year round.
Monday to Saturday -10 a.m. to 5 p.m.
Sunday - 11 a.m. to 3 p.m.

Hunt in the Forest of ROs 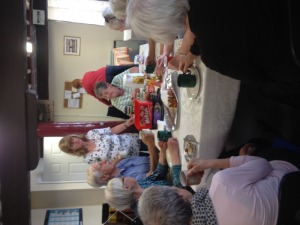 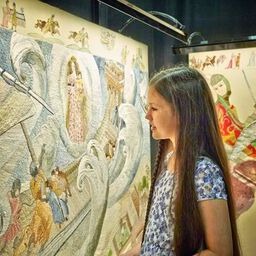 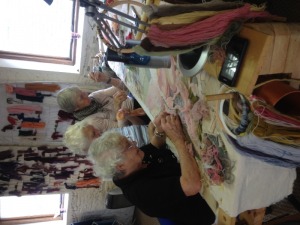 Nobody has reviewed New Ross Needlecraft Ltd., home of the Ros Tapestry yet, Be the first.