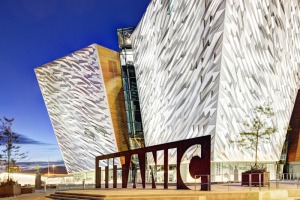 Titanic Belfast, located at the heart of Titanic Quarter - only a short walk from Belfast’s city centre, is not only an architectural triumph for the city, but it houses the world’s largest Titanic visitor experience.

The iconic six-floor building, featuring nine interpretive and interactive galleries that explore the sights, sounds, smells and stories of Titanic, as well as the City and people which made her, is an unmissable experience which brings history to life in an unforgettable way.

Located beside the Titanic Slipways, the Harland and Wolff Drawing Offices and Hamilton Graving Dock – the very place where Titanic was designed, built and launched in 1912, Titanic Belfast tells the story of the Titanic, from her conception in Belfast in the early 1900s, through her construction and launch, to its maiden voyage and subsequent place in history.

The self-guided Titanic Experience extends over nine interpretive and interactive galleries, which explore the sights, sounds, smells and stories of RMS Titanic, as well as the city and people who made her.

Complete your Titanic Experience with a visit to the world’s last remaining White Star vessel and RMS Titanic’s original tender ship – SS Nomadic. Walk the decks, explore the ship, and take journey through over 100 years of authentic maritime and social history.

Guests can also take in the buzz of Titanic Belfast’s grand atrium by relaxing in The Galley Café or Bistro 401, enjoying a range of speciality teas, luxury coffees and local delicacies featuring the very best of local Northern Irish produce and inspired by RMS Titanic. Souvenirs can be picked up at the Titanic Store, before taking a walk down the historic slipways where Titanic and her sister ship Olympic were built and first launched into the water, exploring the life-size outlines of the ships embedded in the ground and illuminated at night by blue light, or have a seat at one of the benches positioned exactly as they would have been on board the deck of Titanic.

So whether you come for the architecture, the history and heritage or the unique visitor experience, by bus, bike, walking, segway or tram tour, a stop off at Titanic Belfast is a highly recommended highlight of any trip to Belfast. 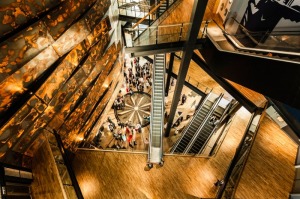 The Grand Atrium at Titanic Belfast 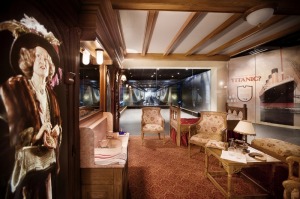 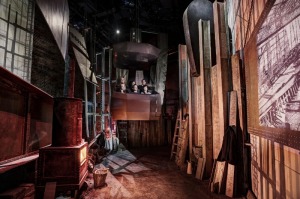 The Shipyard Ride at Titanic Belfast 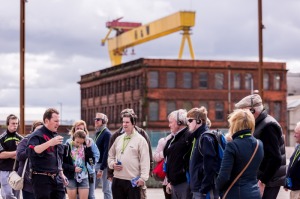 The Discovery Tour at Titanic Belfast 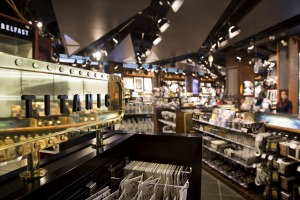 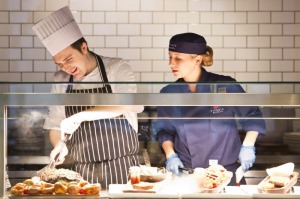 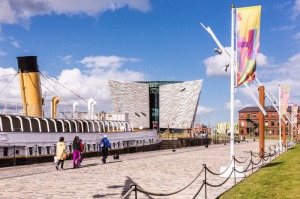 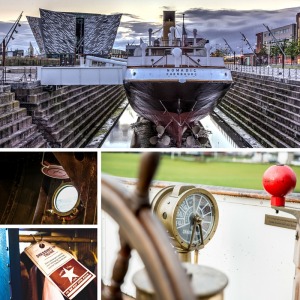 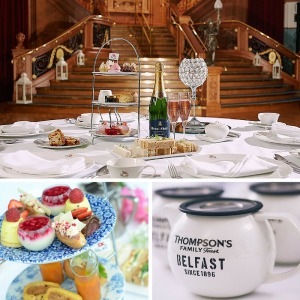 Nobody has reviewed Titanic Belfast yet, Be the first.