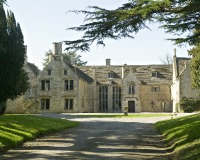 From £8 GBP
Per Adult 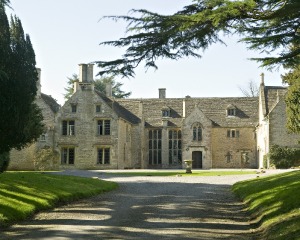 Originally built in 1383, there have been additions and renovations to the property over the centuries. Since Tudor times, only two families have owned Chavenage, the current owner David Lowsley-Williams having inherited the House from his uncle.

The main historical interest centres on the English Civil War, when the house was owned by Col. Nathaniel Stephens MP for Gloucestershire. He was persuaded against his better judgement to vote for Charles I’s impeachment and subsequent execution. Soon after the King was beheaded, Col. Stephens died and it is said that his ghostly form was seen leaving Chavenage in a carriage driven by a headless coachman wearing the Royal vestments.

These days, the property is very much a family home and even though it is opens to the public on a part-time basis. Chavenage has been used as a film/TV location on many occasions and has been seen in the BBC’s ‘Lark Rise to Candleford’, in ‘The Unknown Heart’, a Rosamunde Pilcher Story, Channel 4’s drama ‘New Worlds’, as well as scenes in ‘Gunpowder 5/11 The Greatest Terror Plot’, and the highly acclaimed ‘Wolf Hall’ . The Estate was used in the BBC's ghostly drama 'The Living and The Dead', screened in 2016 and and the house features as Trenwith House is the BBC’s hughly popular classic costume drama ‘Poldark’. 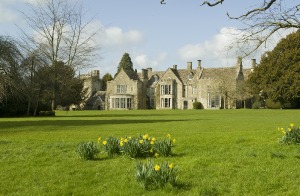 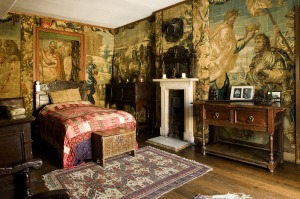 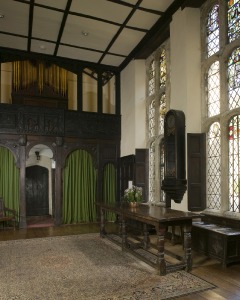 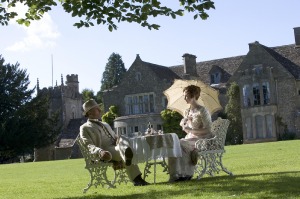 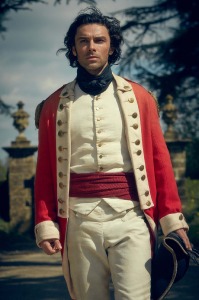 Aidan Turner (Mr Poldark) walking through the gates at Chavenage

Nobody has reviewed CHAVENAGE HOUSE yet, Be the first.