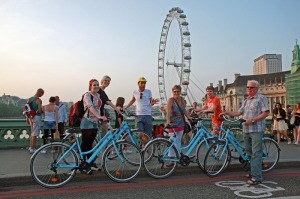 Classic Bike Tour of London
A classic tour of London isn’t complete without a trip to the palace! Get up close to some of the most powerful and historic buildings in the world. Take in the awe-inspiring architectural diversity of Westminster, Buckingham Palace and St Paul’s Cathedral. Soak up the buzzing atmosphere and liveliness of the beautiful Covent Garden, and brush shoulders with the bronze lions in Trafalgar Square. The East-West Cycle Superhighway is yours for the taking!.

Love London Tour
London pulses with a creativity like no other. Boasting a rich and diverse history of statesmen, artists with spectacular and influential imaginations, there’s no better way to whet your appetite, for what’s on offer than to take a relaxing tour through the West End. Discover some of the city’s theatrical and culturally significant sights and let pure poetry stir in your heart beneath the boughs of handsome tree-lined cycle paths.

Old Town Tour of London on Bike
Revel in historic London’s most iconic architecture, centred around the watery heart of the city, the majestic River Thames. Step back in time as you travel through the old docklands, home to some of London’s most infamous historical residents who walked the very same cobbled streets you now ride upon. Much has changed, but much has stayed the same. Learn the East Londoners’ deepest local secrets and return to bask in the glory of central London’s power.


The Night Tour Bike Tour of London
Discover London from an entirely different perspective. At night, she transforms into an illuminated wonderland. The already stunning architecture dons its most colourful finery for the evening, so why not soak it up with a recreational cycle ride under the dark night sky. Explore the streets as the city lights up. Enjoy an evening to remember with some of the most spectacular sights that take on a mystifyingly new personality at twilight. 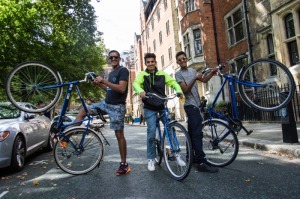 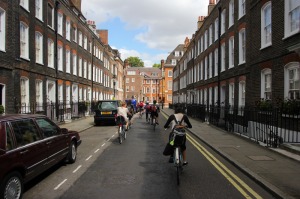 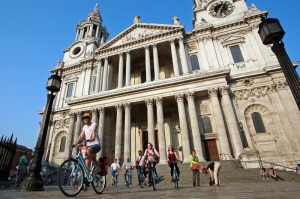 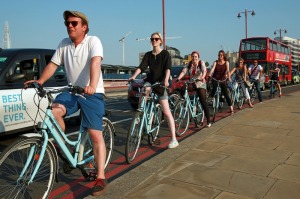 Nobody has reviewed The London Bicycle Tour Company yet, Be the first.