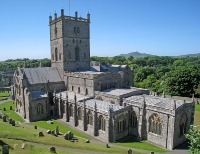 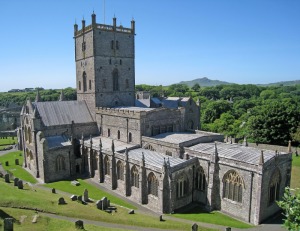 This cathedral, begun in 1181, is at least the fourth church to have been built on a site reputed to be that on which St. David himself founded a monastic settlement in the 6th century. The outstanding features of the building are the magnificent ceilings - oak in the Nave, painted in the Quire and Presbytery - and the sloping floor. The stalls of the Chapter of the Cathedral contain medieval misericords and the Chapter is unique in having the reigning Sovereign as a member. The Cathedral has been an important place of pilgrimage for nearly fourteen centuries. In 1124, Pope Calixtus II declared that two pilgrimages to St. Davids were equal to one to Rome and that three were equal to one to Jerusalem itself.

Nobody has reviewed St Davids Cathedral yet, Be the first.