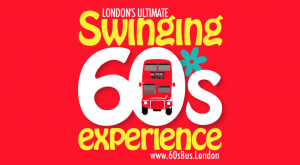 This unique and immersive music heritage experience will captivate you with original music from the era while you learn about the cultural revolution that spawned Swinging 60s London from the live commentory by our friendly and experienced tour guides.
Travelling on board an original 1960s London Routemaster bus, our tours pass by numerous iconic 60s venues and locations along its route.

TOUR 1 – LONDON’S SWINGING 60s
Departing at various times from outside the Victoria & Albert Museum, Cromwell Road and The Hard Rock Cafe, Piccadilly (see schedule on booking page). This 1 hour tour takes in the sites, sounds and smells of Swinging 60s London as we transport you back in time along, what was once, its beating heart and soul – the Kings Road, Chelsea. You’ll pass by the locations of the Chelsea Drug Store, immortalised in The Rolling Stones’ song ‘You Can’t Always Get What You Want’ and Mary Quant’s boutique ‘Bazaar’ famed inventor of the mini skirt. You’ll see the architectural splendour of The Pheasantry, once owned by Eric Clapton in the 60s, the site of ‘Granny Takes a Trip’, the first psychedelic boutique in London who’s customers included Jimi Hendrix, The Beatles, The Rolling Stones, Rod Stewart and many other music legends and socialites of the 60s and the Chelsea Registry Office which hosted many celebrity weddings including those of Roman Polanski to Sharon Tate and Judy Garland to Mickey Deans in March 1969. The tours continue past homes of the famous in Edith Grove and the exclusive Cheyne Walk as we head up to the splendour of the Royal Albert Hall on our way back to where you boarded the bus.

‘REVOLUTIONS’ EXHIBITION AT THE V&A
In celebration of the ‘You Say You Want a Revolution?’ exhibition at the V&A Museum, we’ve included an option to visit this major exhibition that explores the era defining significance and impact of the late 1960s, expressed through some of the greatest music and legendary performers of the 20th-century alongside fashion, film, design and political activism. It will uncover the finished and unfinished revolutions of the time that changed the way we live today.

THE HARD ROCK CAFE & ROCK MUSEUM
London’s ambassadors of rock have been offering food, entertainment and culture under one roof for five decades and we are excited to be able to offer this venue to our exclusive package. When you purchase a 3 course Gold Menu on line from us, you’ll fast-track the queues into the cafe and also gain FREE entry to ‘The Vault’, London’s only rock ‘n roll museum next door featuring some of the most valuable pieces of music memorabilia from across the globe.

TOUR 2 – RICHMOND’S ‘CRADLE OF ROCK’
Starting at The Hard Rock Cafe in Piccadilly and finishing at One Kew Road, Richmond (immediately opposite Richmond Station with fast and frequent train/tube services to Central London).
Formally the Station Hotel, home to the Crawdaddy Club, One Kew Road was the venue that helped to launch The Rolling Stones’ career in February 1963. This tour takes in the homes of celebrated 60s music legends and music locations like Eel Pie Island and Twickenham Studios where The Beatles filmed ‘HELP!’ and ‘A Hard Day’s Night’. You’ll see where Rod Stewart got his first break and pass by other iconic music venues along the route of this 2 hour tour on our vintage 60s London bus.

LIVE GIGS
Music Heritage London is thrilled to have brought together bands of the highest calibre and global reputation for your ultimate enjoyment in one of London’s most iconic venues. One Kew Road (immediately opposite Richmond Station with a fast and frequent train/tube service to and from Central London)) was know in the 60s as the Station Hotel and home to the original Crawdaddy Club where, on Sunday 24th February 1963, The Rolling Stones launched their career playing to an audience of just 3. By the time The Beatles came to watch them at this venue on Sunday 14th April that same year, fans were queuing well over the railway bridge at the rear of the building.
On Sun 5th May, Dick Rowe of Decca Records attended the Stones gig here at the suggestion of George Harrison and signed them immediately. Less than a month later, Decca released their first hit ‘Come on’. The Rolling Stones played their final gig here on Sun 16th June 1963 before being replaced as resident band by The Yardbirds featuring Eric Clapton, Jeff Beck and Jimmy Page at the new home 200 yards away on Richmond Athletics Ground also home the Richmond Jazz and Blues Festival (1961-1965) forerunner to today’s Reading Festival.
All ticket holders who attend our tours and events at One Kew Road will enjoy a massive 25% OFF their food and drinks bill when ordered together.

Whether you are coming to London alone, with family and friends or in a group (we can fit 70 passengers on our vintage London Bus) these unique and immersive Swinging 60s Experience tours and ev 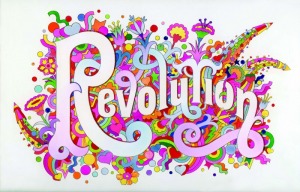 Revolutions Exhibition at the V&A 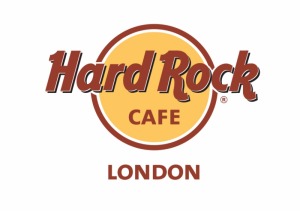 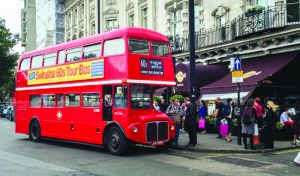 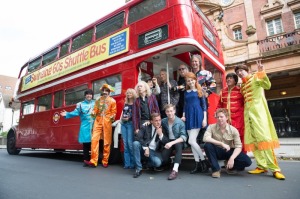 Our team outside Richmond Theatre 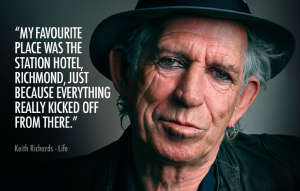 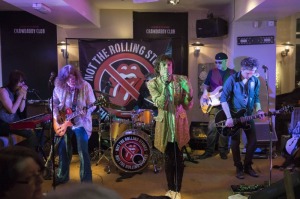 Not The Rolling Stones Tribute Band 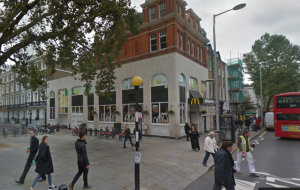 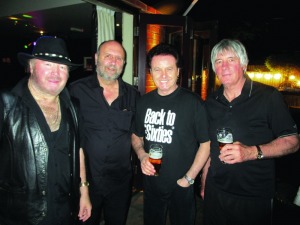 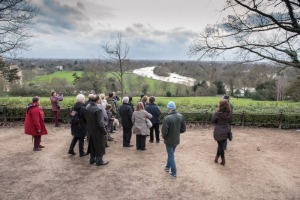 View from the top of Richmond Hill on Tour 2 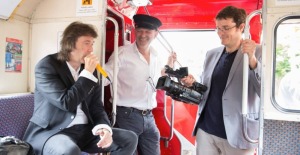 Steve Hackett from Genesis on the 60s Bus 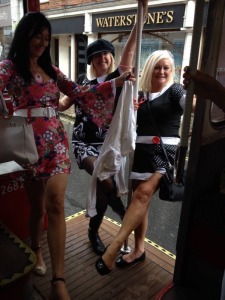 Passengers dressed for the occasion

Nobody has reviewed London's Swinging 60s Experience yet, Be the first.