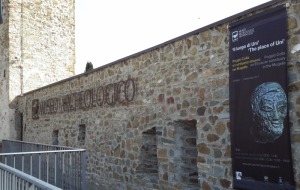 Created in 1981 and opened in 1983, thanks to the participation of the City of Carmignano and the Tuscan Superintendant for Archeology and Cultural Heritage, the Artimino Museum first opened in the cellars of the Medici Villa “La Ferdinanda”.
The new museum, located in an old wine cellar inside the city, was inaugurated on March 26, 2011.
The museum illustrates the history of the Etruscan city of Artimino and the surrounding area displaying artifacts that have been found primarily during fifty years of excavations. This area, in fact, from the Orientalizing period of the Etruscan Civilization (VII century B.C.), had an extraordinary economic and cultural development, thanks to its fertile ground and strategic location close to the meeting point of two rivers the Pistoiese Ombrone and Bisenzio in Arno. This allowed Artimino control of the commercial routes that connected Etruria proper to Etruria Padana as well as the northern regions of the Italian penisola.
The upper level is dedicated to the population of the area with its different settlements and evidence of daily life: “The World of the Living“. The lower level presents the most interesting aspects of the necropolis in: ” The World of the Dead“. Each section is organized topographically and chronologically.
The visitor travels through time to discover the wonderful artifacts that have been brought to light primarily by Francesco Nicosia, the archaeologist to whom the museum is dedicated.

Archaeological Areas
Splendid architecture, that have been uncovered from the middle of the nineteen sixties to today by the Soprintendenza per i Beni Archeologici della Toscana, have revealed an extraordinary culturaland economic flowering of the Etruscan city Artimino and the surrounding area during the “Orientalizing” period of the Etruscan civilization (VII century B.C.) and its place on a circuit of exchanges that covered a vast range.
The primary testimonies of the Monutmental Necroplolis of Comeana are made up of aristocratic tumuli with the grandiose Tumulus di Montefortini that is not very far from the Boschetti Tomb, the necropoli di Artimino Prato Rosello, as well as the remains of a living settlement at Artimino and the Etruscan settlement in the naturalistic archaeological area of Pietramarina. 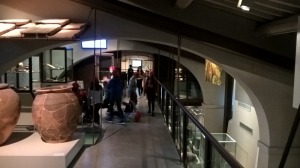 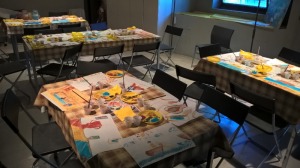 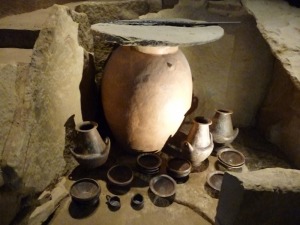 Nobody has reviewed Museo archeologico di Artimino "F. Nicosia" yet, Be the first.