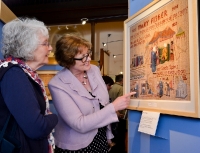 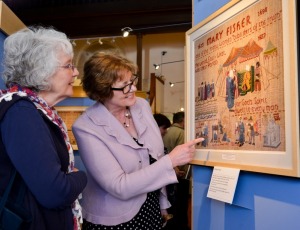 What started as a simple comment by a young boy to his teacher became a collaboration of 4,000 people from 15 countries to create a 77 panel tapestry that has been compared to the Bayeux Tapestry. Today, over 40 panels can be found at the Quaker Tapestry Museum in Kendal alongside other exhibits that explore the history of the Quakers and their influence on the modern world. Allow at least one hour for a visit and there’s plenty to keep all ages busy.
Quaker values of healing, compassion and reform are themes that echo through many panels. For instance: Elizabeth Fry and her work in transforming prison services and; the abolition of the slave trade - both in United Kingdom and in the United States - where Quakers were often involved in the Underground Railroad. The work of Quaker doctors, who pioneered new ways of healing, and those who reached out to help displaced people are represented in the stitching too. The adventurous and enterprising nature of Quakers is portrayed both with the designs of William Penn discovering Pennsylvania and in those showing engineering inventions. There are other stories too of industrial revolution, developments in science and medicine, astronomy and ecology.
The Quaker Tapestry has its permanent home in Kendal's historic Friends Meeting House which celebrates its 200th anniversary in 2016. Nowhere could be more suitable than this fine Georgian building in the heart of the "1652 Country" - on the edge of the English Lake District National Park. The Quaker Tapestry Museum is an accredited Arts Council museum, a VisitEngland Hidden Gem and a charity.
With interactive displays, films, audio guides and children’s activities there’s something for visitors of all ages.
Opening times: Mid February to early December every year. Mon - Sat 10am - 5pm (Last admission 4pm). 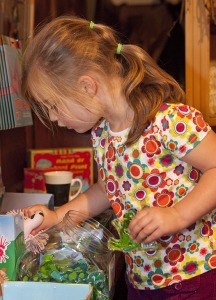 Little girl in the gift shop

Little boy with his daddy playing with toys in the exhibition 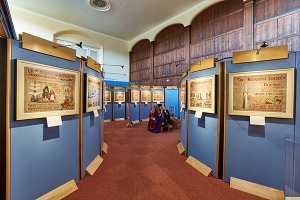 A view of some of the embroidered panels in the Museum 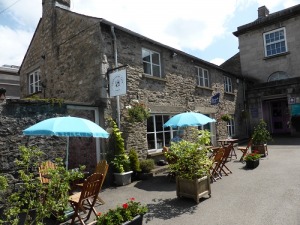 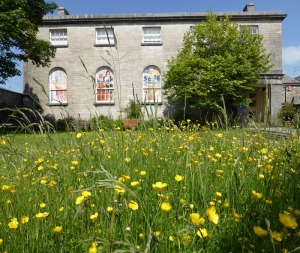 View of the Meeting House from the garden 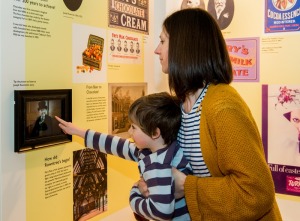 A boy with his mum enjoying the interactive display 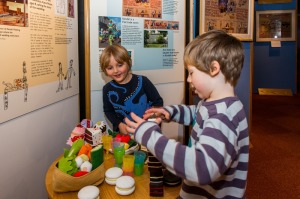 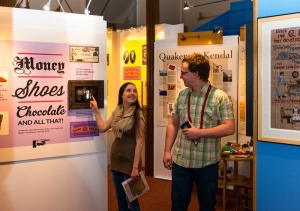 Two visitors in the display called Money, Shoes, Chocolate and all that!

Nobody has reviewed Quaker Tapestry Museum yet, Be the first.