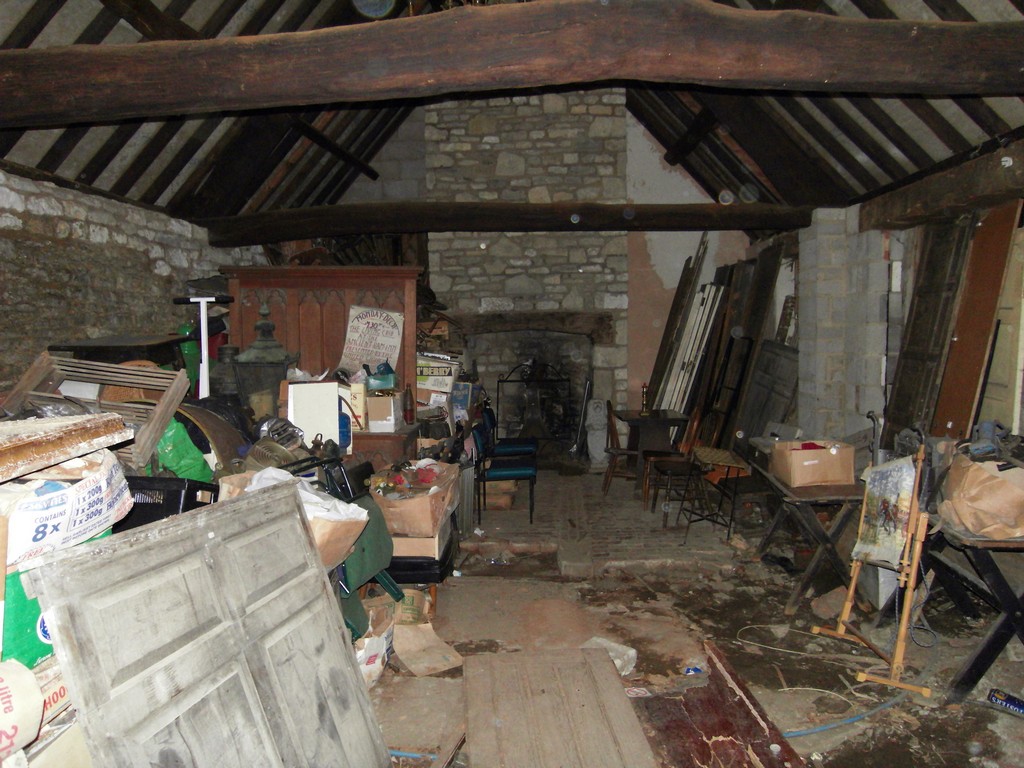 Need some super creepy ideas for where to visit??

There are plenty of locations around the world that will make your spine tingle and your hair stand on end as you walk through them.  Here are a couple we have experienced that worthy of visiting.  Some allow tours, and others……if you are brave enough….allow you to stay the night and experience the horror first hand!

Located in Wotton-Under-Edge, Gloucestershire the Ancient Ram Inn has stood on the current site since 1145. It is built upon the intersection of (2) two Ley Lines which are areas that are believed to contain a very high amount of spiritual energy.  These two Ley Lines are able to be traced back to Stonehenge, which is England’s most famous spiritual site.  Popular belief is that the energy generated by Stonehenge is transmitted to The Ancient Ram Inn and fuels it’s paranormal activity.  The fact that it also sits upon a 5,000 year old Pagan burial site doesn’t help…..

One of the most well-known legends surrounding this haunted English house is that of a witch who was burned at the stake. The burning occurred in the 1500s at the height of prosecutions against those who did not practice government-sanctioned Christianity. Many believe this woman’s spirit still haunts one of the Ancient Ram Inn’s rooms because she took refuge there shortly before she was captured and killed. Today this room is called the “The Witch’s Room.”

The “Haunted Vicarage” is a small village located in Sweden that is notorious for paranormal activity.  Beginning with Chaplain Nils Hedlund in 1927, tales of hauntings and other supernatural activity have continued decade after decade with each new vicar.  Moving items, ghostly screams, unnatural shadows and an old rocking chair that refuses to stay still are just some of the creepy things reported here.

Legends surrounding the origin of ghosts tell of abused maids and buried babies in the backyard. It is also said that the old vicars themselves haunt the house.

Today, when people are willing to stay the entire night at the old vicarage—Bed and Breakfast–they receive an “overnight-stay-certificate” to honor their bravery and to prove they did it.

Around midnight between Sunday, June 9, and Monday, June 10, 1912, someone crept into a small house, in a quiet neighborhood of Iowa, and brutally bludgeoned to death eight people. These murders became known as the “Villisca Axe Murders” and included (2) two adults and (6) children.

The killer had added two bizarre touches to the murder scene:

The only person ever convicted for the murders was the Reverend Lyn George Jacklin Kelly. Reverend Kelly was unstable at best, having suffered a mental breakdown as an adolescent, and later on in life spending time in a mental hospital.  As a Methodist church minister, he earned a reputation for strange behavior in the small communities of north Villisca where he was assigned.

Kelly had arrived in Villisca the Sunday morning of the murders and was said to have watched the Sunday school performances by the Stillinger girls. Early Monday morning following the murders, the Reverend was on the Number 5 Train at 5:10am and supposedly bragged to fellow passengers that there were (8) eight dead souls in Villisca who were butchered while they slept……even though the bodies had not been discovered until 8:30am.

A Grand Jury indicted Kelly for Lena Stillinger’s murder, and he was interrogated throughout the summer of 1917 while in jail awaiting trial.

On August 31 at 7 a.m., Kelly signed a confession to the murder, saying God had whispered to him to “suffer the children to come unto me.”

Kelly recanted his confession at trial, and his case went to the jury on September 26. The jury deadlocked eleven to one for acquittal. A second jury was immediately empaneled, but acquitted Reverend Kelly in November.

No one else has ever been tried for the murders, and the crime remains one of the most horrific, unsolved mass murders in American history.

Construction on the building began in 1858, and continued until 1861 when it was interrupted by the beginning of the Civil War.

With Virginia’s secession from the Union, the construction of the Asylum came to a halt along with all other non-war related projects.  Then, on June 30th, 1861 the Seventh Ohio Infantry led by Colonel Erastus Bernard Tyler marched down the streets of Weston and took all the citizens completely by surprise. The Colonel had pushed his troops hard to reach Weston so quickly, and he did so with one specific target in mind….the Weston Branch of the Exchange Bank of Virginia.  This branch held almost $30,000 in gold that was supposed to be used for the completion of the Asylum.  Colonel Tyler wanted to capture the gold before the bank could return it to Virginia and use it to support the rebellion.

Much to the Colonel’s credit, he only took $27,000 in gold coin and left $2,371 for the bank to repay creditors who were still owed money.

At the end of the war, the completion of the Trans-Allegheny Lunatic Asylum was prioritized. This allowed Weston to bypass almost all of the post-war depression. Business boomed as the Asylum established itself as the primary economic resource for the town. It would remain so until it was closed 130 years later.

It was designed as a self-sufficient system and had its own waterworks, farm and cemetary.  A creepy fact about this Asylum is that the cemetery is located on 666 acres of land.

The Asylum was considered rather revolutionary for its time.  It was built with the intention of allowing as much fresh air and sunlight as possible, and to give the patients a lot of privacy which was atypical from most previous designs.

For many years the asylum had a reputation for being an extremely dangerous and violent place with many reports of patients attacking and even killing one another. There are stories of female employees who were raped and killed by patients not being properly monitored thanks to overcrowding and understaffing. One woman’s body was even discovered after two months at the bottom of an unused staircase, where she had been killed and dumped.

Many believe that all of this death and violence that took place inside the hospital helped to create one of the most haunted buildings in the country, and often visitors report having run-ins with spirits still trapped inside. Many of those experiences include the sound of gurneys being moved, screams coming from inside the electro-shock room when there is no one else around, and strange shadows. The most active part of the building is rumored to be the fourth floor, where many have experienced banging, screaming, and even the spirit of a soldier named Jacob who has been seen walking the empty corridors in the night.