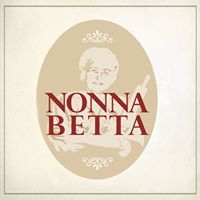 Nonna Betta – kosher style cuisine is an authentic Roman Jewish restaurant because I am a ninth generation Roman Jew and Nonna Betta was actually my grandmother.

2 separate menus Respecting the Judaic Talmud rule that forbids mixing meat with dairy – a verse of the Torah says “Do not cook a kid in its mother’s milk” – at Nonna Betta dishes can be chosen from two separate menus: one featuring meat dishes, and one featuring fish or cheese. Moreover, even modern nutrition suggests not mixing meat protein and dairy.

Seasonal dishes Traditional dishes handed down by my grandmother are prepared express, using only seasonal ingredients. Among these, our famous fried platters, well loved for their feather-light texture. Aside from the variety with which they rotate, the oil employed for frying is used exclusively for cooking fresh vegetables and cod fillets only, that is never crustaceans or mollusks (that are prohibited) nor frozen products, which are totally missing from our pantry.

The ghetto Our restaurant is cozy and pleasant. On the walls are large reproductions of art depicting vignettes of daily life in the Rome Jewish Ghetto before the late 1800s demolitions (you can browse them in our Gallery section). In this place, immersed in a relaxed and welcoming setting, you can relive the stories of the Ghetto, and perhaps find answers to questions you “never dared to ask” regarding the Jewish culture, religion or the 2000 year-old presence of Jews in Rome.

It’s easy to eat well in the Rome Jewish Ghetto because an ancient religious rule demands the use of fresh and selected ingredients, constantly and rigorously monitored: in other words the forerunner of organic cuisine. It’s also easy to eat well in the Jewish Ghetto because in the 300+ years of living in confinement, Roman Jews have maintained unequalled culinary experiences. It’s furthermore easy because everyone – from those stuffing sandwiches to the chic restaurant owners – cares about la bella figura (making a good impression) in the name of hospitality, which is duly considered sacred. When in 1555 Pope Paul IV of the Carafa dynasty considered “absurdum” that lowly Jews lived next to Christians, he decided to segregate them in an enclosure. Only in 1870 did the doors that opened at dawn and shut at sunset finally remain flung open indefinitely. It’s thanks to this separation that Roman Jews invented and maintained a local dialect that incorporates ancient romanesco dialect terms mixed with biblical Hebrew, and mostly allowed the tradition of quintessential recipes that delight our palates. It’s pleasant to dine at Nonna Betta – kosher style cuisine, all while taking a giant step back in time (about a century) when the ghetto was still in existence. The large wall-mounted reproductions of colorful ghetto life vignettes by artist Roesler Franz help the imagination. After three centuries of segregation and confinement, Nonna Betta – kosher style cuisine wishes to be an open-minded meeting place, a place where it’s possible to immerse oneself, in good company, in the 2000 year-old history of the Jews of Rome.